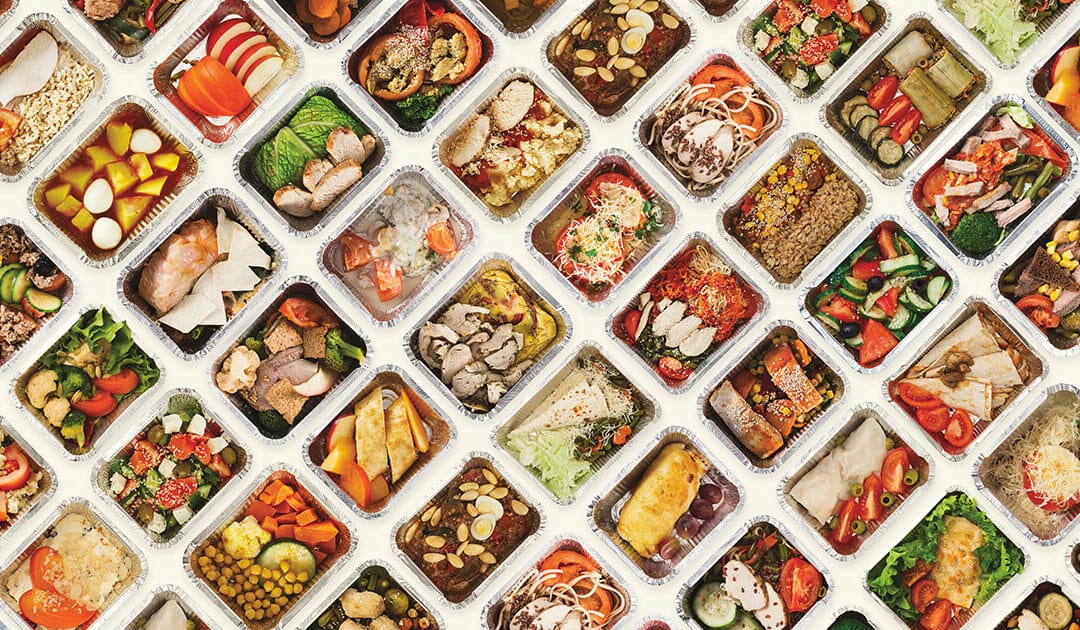 When I was a kid and someone we knew died, shortly after receiving the news mom would head to the kitchen. She’d make a meal of some sort for the family who’d suffered the loss. It would usually be something that could be frozen, like a casserole or lasagna. She and dad would drive over and deliver it so they could express their condolences and provide support.

The same thing would happen when a new baby arrived, although this was usually limited to family. Mom would whip up an extra meal for the family who’d just experienced the new arrival so the parents could focus on being parents and not worry so much about what they were going to eat. It was what everyone seemed to do back then.

We had more deaths than births in our family when I was a kid, and I remember having lots of meals that someone else had prepared for us so my parents could focus on funeral preparations and grieve. Often there would be meals for two or more weeks in the freezer. Family, friends, fellow church-goers, and even co-workers would drop off a meal. It’s how the community operated when someone was going through a challenging time.

Fast-forward a few decades. Times have changed. Many people are living paycheck to paycheck while many more have to avail themselves of food banks to fill in the blanks in their cupboards. Solving the structural issues that cause food insecurity is a government-level challenge. Food banks and other food programs will be vital as long as the core issues that create food insecurity remain. This, I know.

So What Can I Do?

There’s the question that keeps coming back. What can I do? I mean sure, I could just donate to the food bank. Be as generous as I can afford. Make sure the shelves are stocked so when people in need show up, there’s always something there for them. That would be good. It’s necessary. It makes a difference and it’s worth doing. So why does it leave me feeling like it’s not enough?

By “not enough”, I mean, it’s not at all personal. I’m donating money to an organization to take care of people who are experiencing food insecurity. That’s good. It needs to be done, but what can I do to help in a more personal way? That’s when I remembered all those meals our family received during those challenging times, and it makes me wonder whether that’s a place to start.

I Can Cook More Food

I’m not a great cook, but I can hold my own in the kitchen. Now that dad’s gone and mom’s older and on her own, I’m the one who cooks the special event meals for our family. I can reliably cook a multitude of dishes for 10 people at Easter. It’s not a stretch for me to think I could cook a meal for another family that’s going through a tough time. If it’s someone who lives nearby, they could come pick it up, or if they don’t have transportation, I or someone in my family could drop it off.

Probably not. If you assume a food cost of approximately $20 for one meal (assuming cooking for a family of four), at once a week that works out to $80/month. I could donate that amount to Community Care and they could buy a LOT more food for that amount. Plus I’d get a charitable donation receipt to lower my taxes. That’s also not taking into consideration the cost of gas if we had to drop off the meal or the cost of containers.

The Benefits of Inefficiency

I think there are some potential benefits that can’t be quantified. They’re all “warm fuzzies”, but aren’t those worth even more than money?

I have no idea if this would work. I don’t even know if it’s a good idea. All I know is that I’d like to feel like I’m making a difference. Isn’t that why we’re here? To make a difference? To help people? To make the world a better place?

What do you think? Is this an idea worth pursuing? Are there ways to make it better, or barriers to it succeeding? If it worked, would you do it too? Let me know your thoughts in the comments below. I’d love to know what other people think.