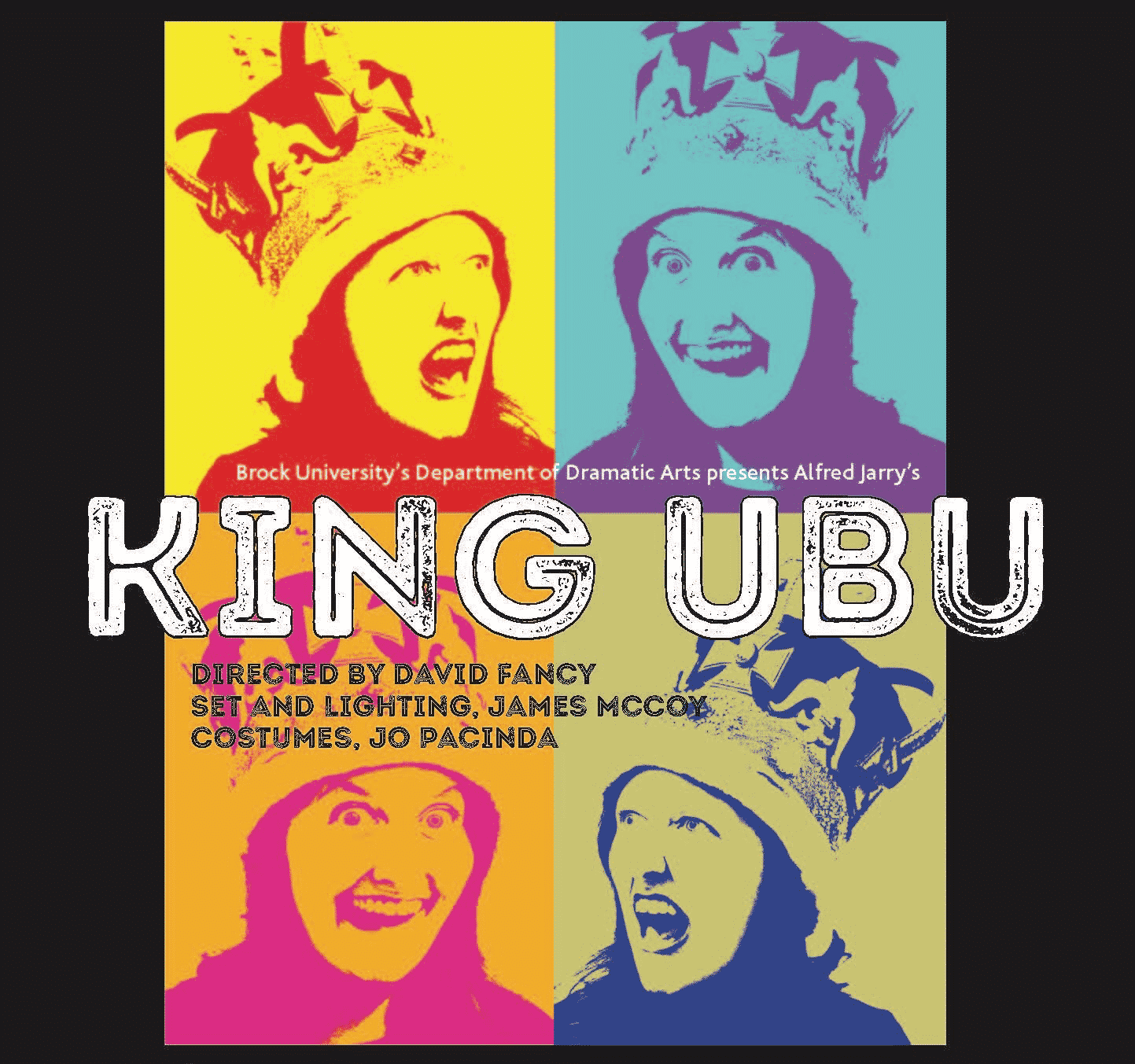 The Department of Dramatic Arts presents a story written in the 1890s, by a then 15-year-old Alfred Jarry, to poke fun at the idiocy, vanity, and arbitrary nature of political and personal power. The character of Pa Ubu is a complete fool who talks about poop, loves himself a lot, and kills everybody around him. He is a patriarch, a racist, and a megalomaniac. His wife, Ma Ubu, pushes him to increasing feats of violence so that he can take over the world.

In our age, where various Ubu-like people actually have become ‘king,’ reality has superseded Jarry’s wildest fictional dreams. DART’s production celebrates the timeless relevance of this classic French theatre, while reminding us of the dangers of becoming-Ubu of our political and media landscapes.